“The FAA Reauthorization Act of 2018 was signed into law over two years ago, yet the FAA has still not published any formal guidance for the program,” Smith said in the letter. “The bill contained numerous provisions requiring research to examine the impact of aviation noise and emissions, including a new environmental mitigation pilot program. According to the law, the program will fund projects that will ‘measurably reduce or mitigate aviation impacts on noise, air quality, or water quality.’

“There are increasing concerns about the impact of aviation noise and emissions on communities surrounding airports, including Sea-Tac Airport in my district,” Smith added. “I have heard from numerous local elected officials, university researchers, and community stakeholders who have expressed an interest in applying for grant funds under this program. Moving expeditiously to conduct the pilot program presents an important opportunity for the Department of Transportation and the FAA to demonstrate its commitment to environmental justice, a priority for the Biden-Harris Administration.” 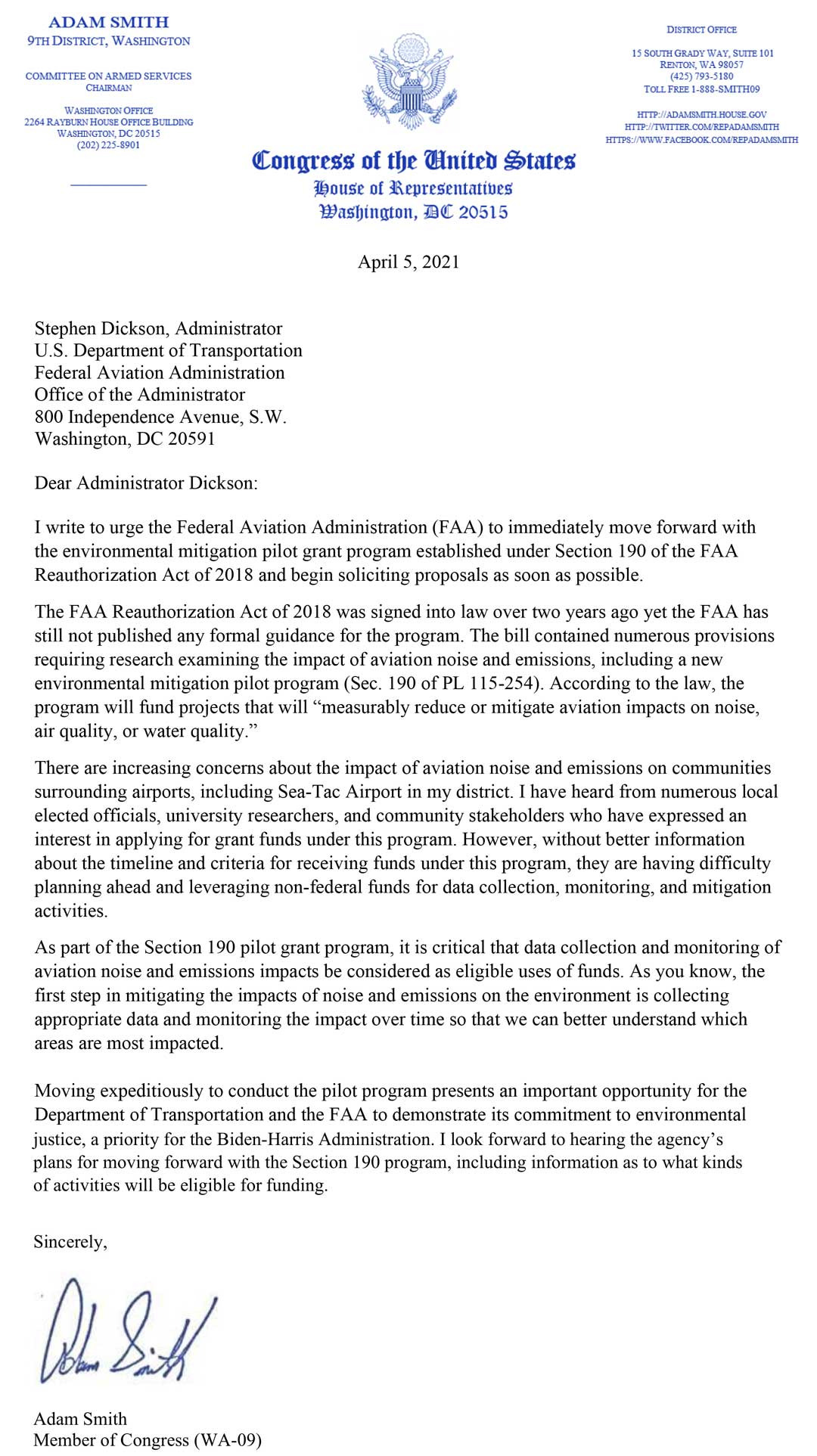