7 questions for 7 Des Moines City Council Candidates #3: How do you rate the current Council performance? In what areas have they failed to deliver on promises? The Waterland Blog sent out seven questions to the seven candidates, and today we’re presenting their answers to the third one, in order of position numbers and names (and photos) as listed on the King County Elections website. Each candidate’s name also links to their statements on the Elections website.

How do you rate the current Council performance? In what areas have they failed to deliver on promises? I think the current Council has finally accomplished something that has been on the wish list for 20 years or more, they have finally started with a renovation of the marina. I don’t think they get enough credit for how difficult it has been finally get this started.

Additionally, they have managed the City’s finances during an extremely difficult time. The COVID related financial issues were numerous and sever. We are one of the few cities in the area that has a reserve fund, should the economy tank.

Of course, there are areas where the current Council has failed to  deliver. The downtown simply has not received enough attention, the Masonic Home just feels like a shoe that is going to drop at any time, and the southern entrance to the City is not clearly identified as part of the City. I would rate the performance of the current Council majority as unacceptable.

I’m not very pleased, and it is not necessarily their actions; it is their attitude. Disagree with this Council majority, and you are in for a rebuke at best, retaliation at worst.

They have promised civility, yet City Council meetings regularly devolve into the Thursday Night Food Fights. Stray from the herd and expect to feel the lash.

They promised transparency, yet we get no data. The website is impossible to navigate, and links go nowhere. Ask for comparisons of how our decisions compare with our neighboring cities, and you get: “Everyone does it differently.” Other towns chart these differences so their councils can weigh different approaches.

We were told they’re buying the Van Gasken House to preserve local history and then accept a grant that requires us to tear it down. Landmark on the Sound is purchased, and there seems to be no interest in discussing preservation with the new owner. The Council’s excuse for inaction is to claim it is muzzled.

We’re promised citizen input, and the Citizens Advisory Committee hasn’t met since 2017. They say they will listen to the people and immediately turn around and appoint a candidate who lost the last election to fill the first vacancy.

The next Council can do better in gathering citizen input. Members now listen to who they want to and filter all information through their personal agendas. When Council members urge people to talk to them directly, it is a two-way conversation. By listening to people in an open dialogue, you are much more likely to achieve community consensus. Rightly or wrongly, the current Council majority’s style of “listening” fosters the notion of a Good Ol’ Boys network. Let citizens speak to each other. Given difficult circumstances and challenges over the past several years, most recently due to a pandemic, most of the council has performed at a competent and professionally high level.

Several of the current and former council members inherited a situation in 2016 when the city was on the verge of going bankrupt. Under challenging conditions, the council worked to achieve financial solvency and a high credit rating critical to financial sustainability.

The city has moved us forward with the Marina development, protection of the Sound, enhanced public safety and modernization of the police force along with supporting emergency management and a response to minimize the impacts of the pandemic.

I am not aware of any promises the council failed to deliver. I believe the current council performs above average. In our own ways, we each do well with the challenges we face, and we could each do better.

Promises:  I have tried very hard not to make promises, except the promise that I will try.  I listen well, brainstorm well, and collaborate well.  But I cannot do anything alone.  I have influenced my colleagues to come one way or the other many times, and they have done the same. Every elected official could do better. I feel like the current Council could be more assertive in putting forth policies and directives to the City Manager to shape the direction of the city.

If you appreciate our independent local journalism serving Des Moines since 2008, please… Look at what has been accomplished over the past several years including 18 months enduring a global pandemic: plans for Redondo and the Marina are moving forward on both the land and water side; we dealt with pandemic issues; paved 13 roads, improved our credit rating, spent our money wisely, added jobs at our business park, moved Sound Transit forward, added land to parks and installed new play equipment, created an emergency operations center, streamlined city operations, did our best to contain the spread of COVID-19, and supported our police.

Hindsight is always easy in assessing how a council performed. The pandemic and forces outside our control made it tough over past years to get all the things we wanted accomplished such as the marina seawall. No Council in the history of our city has had these types of challenges. In my time on the Council, I feel we’ve done an excellent job considering the immense challenges. 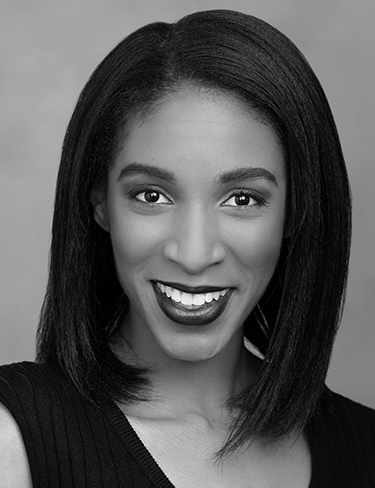 A 1.9 out of 10 based on the scale of active engagement from our community’s engagement.

I believe that they have failed to deliver for the 70% of people living in Woodmont, Zenith, parts of North Hill, and Redondo.

The failures are listed below:

If the proposition is approved, at all subsequent general elections the person elected to position one becomes the council chair and the city’s mayor. Because the “mayor” continues to be a councilmember, however, the only elective position under a council-manager plan remains that of councilmember (RCW, Ch.35A.13).”

Just something to think about…

TOMORROW: We’ll get answers from candidates on their opinions of the City Manager and the job he is doing.