After wrangle over procedure, Des Moines Council candidates tell why they want to fill vacancy 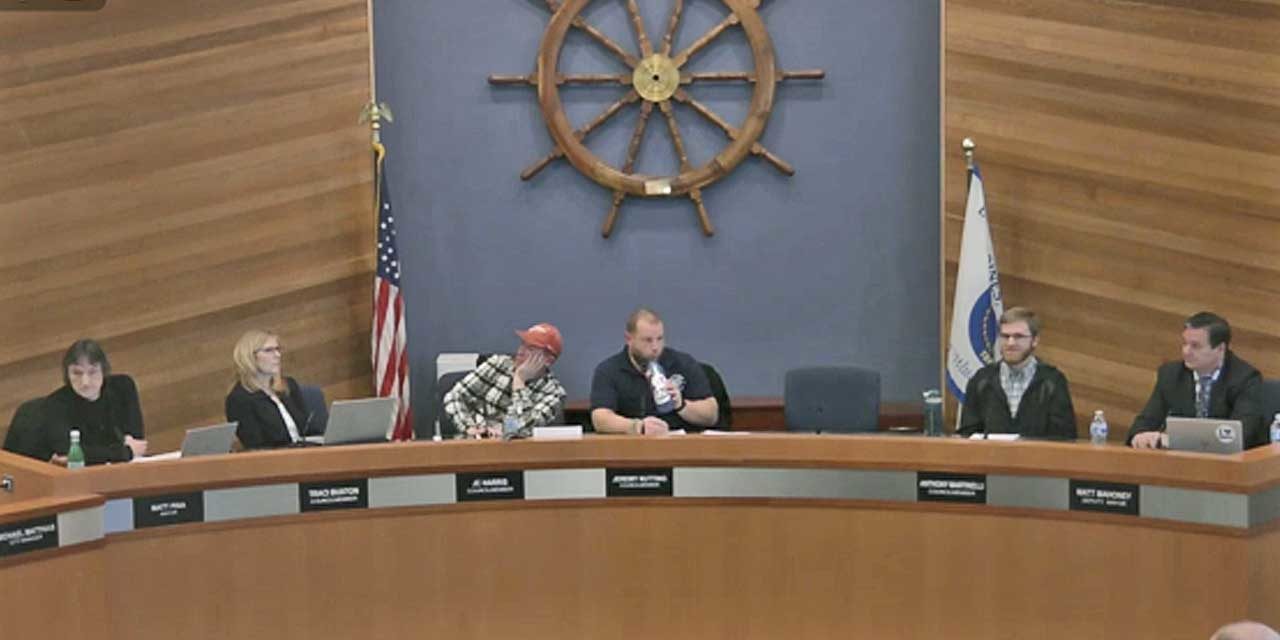 The Des Moines City Council on Thursday night (Feb. 6) revealed a threat over filling a vacancy on the Council, then listened to a slew of candidates who want the job.

Prior to discussing and hearing from applicants for the vacant Council position, Mayor Matt Pina said the selection of a candidate is an appointment, “…not an election.” The candidate selected will serve until the 2021 election and will then have to submit to the election process or retire from the Council.

“We are here to represent the public,” Martinelli said, adding the individuals were fully vetted, but “a three minute presentation, I think, is shameful. I think they deserve a lot more to be able to give their case for why they deserve to be on this Council” before an election. In an election, the people decide – but in this situation, “we are supposed to represent the people.” That means the Council should spend more time before reaching a decision.

The Council decided the selection process would continue, followed by a public comment period and a time for Councilmembers to ask questions of the candidates. Pina said the appointment of a Councilmember is a “temporary appointment” prior to the next election in 2021, at which time the person must submit to city voters.

‘You have been warned’
Pina said the Council would not respond to pressures from email or social media, and displayed an “email warning that said ‘Every member who votes in favor of appointing to the vacant council position a person who just lost an election will see thousands of dollars go to their opponent in the next election,’” and concluded ‘You have been warned’ and was signed “Concerned Citizens for a Better Des Moines.”

Pina said all the Councilmembers received this warning. ”I don’t believe this is how the citizens of Des Moines wants us to make decisions.”

Councilmember Jeremy Nutting quoted from state law about “intimidating a public servant” by threats, and it is a felony under state law –“jail time.”

Pina noted “the way this is written, every member who votes in favor of appointing a person to the vacant position a person “who just lost an election … that’s an interesting phrase there, since the call out is both a woman and a woman of color.

“This is unacceptable and this will not affect my position on this,” said Pina.

The only person who fits the description is former Councilmember Luisa Bangs, who lost the last election by a small margin to Councilmember J C Harris. She acknowledged to The Waterland Blog she was the obvious person referred to in the communication.

The Council did not make a selection dunng the meeting.

“Given the number of applicants, and the necessity to provide sufficient time for vetting, the Council has scheduled the Feb. 13, 2020 meeting for additional discussion and consideration,” the city said in a statement released Friday, Feb. 7. “Pursuant to Council Rule 33, the Council is tasked with appointing the most qualified person available to temporarily fill the vacant seat until an election is held, at which point the citizens will elect a candidate to permanently fill the seat.”

The candidates
There were eight candidates fill the position vacated by the resignation of new South King Fire & Rescue Chief Victor Pennington, but one did not appear at the Council session. The candidates were David Lee Black, Luisa Bangs, Meiling Sproger, Semere Melake, Harry Steinmetz, Tad Doviak and Dan Harrington. The no-show candidate was Penny Bohm.

In order of appearance: