Local filmmakers Schaefer and Steve Edmiston recently signed on to the new Shickley project as Producers.

If you recognize Shickley, it’s likely because he is a former Intern with South King Media, when he was a student Big Picture High School in Burien. Starting in 2011, Shickley was mentored by Founder/Publisher Schaefer, who worked with the one-time chubby faced teen to help him blossom into the amazing, confident talent he is today. Since graduating from Big Picture, Shickley earned a Bachelor of Arts with an emphasis on Fine Art and Animation from Evergreen College, the same school one of his heroes – Matt Groening, creator of The Simpsons – once attended. While his new film’s title and story remain under wraps, Writer/Director/Animator/Voiceover Artist Shickley was excited to share his unique vision with a live audience.

“It’s a long time coming, especially with the isolation of the pandemic, and I couldn’t wait to show the film to a real, live audience,” Shickley said. “I’d hoped that everyone would laugh loud and hard, even though I knew they were all wondering ‘how can any of this possibly be true’? Holding this audience-test screening really helped us out. Plus, I’m pretty sure if anyone was a Pat Cashman fan, it was a slice of voice-acting heaven.”

“As a practical matter, we needed to preserve our premiere status for film festival submissions,” said Schaefer, the Director of another local favorite film, The Maury Island Incident. “While Bryan’s film is crafted as a television pilot for an amazing historically-based, comedic science fiction series, it certainly stands alone as a short. And we’re still crafting festival and sales strategies. Having said that, the nature of the film itself, with its homage to local historical intrigue, conspiracy, and cover-ups, lends easily to a ‘secret screening’ event – it’s part of the fun.”

The event was sponsored by the Poverty Bay Secret Screening Society, South King Media, and Quadrant45. The non-traditional tent venue at the Quarterdeck was also an attraction for the filmmakers. Shickley talks to Des Moines Realtor Tony Hettler after his ‘secret screening’ at the Quarterdeck on Dec. 9, 2021. Photo by Scott Schaefer.

“Holding a ‘secret screening’ at the Quarterdeck was a perfect way to share this funny, history-inspired, provocative film right now,” said Edmiston. “The tent – it’s a charming setting – with wonderful beverages, glowing lights, lots of heat on a cold night. Pair that with a hilariously compelling story projected on a big screen and new filmmaker with a future – what’s not to like?”

The viewing audience seemed to love the whole experience; some comments included:

“This was so fun! I laughed and smiled the whole time!”

“What a great project in every way!”

“And to think that this amazing talent was once an awkward, chubby-faced Intern!”

And this one by Melody Edmiston:

“I don’t know how well I can express my joy of being a part of this event last night. It starts with a dedicated person like Nancy Pappas Barnhart to support programs like Big Picture and a school district willing to innovate. It takes a community member like Scott Schaefer to be willing to mentor and be there ten years later when the mentee is ready to fly and might benefit from support of his grand ideas. It takes vision from people like Catherine Carbone Rogers and Ken Rogers to creates a warm setting to gather together and promote community and big ideas despite a pandemic. Add to that the gift of a good story that no one can sell more than Steve Edmiston, a talented new artist to promote, and a group of willing humans who always show up. Always. And they always say yes, lets do this thing, it will be fun. That, my friends, is magical. It is a gift that I am oh so grateful for. Too many to tag in this post as I know I will forget a few but you lovely lot are the best!

“It felt so good to laugh out loud with all of you!”

The Producers have promised future screenings of Shickley’s film in the New Year, so stay tuned. 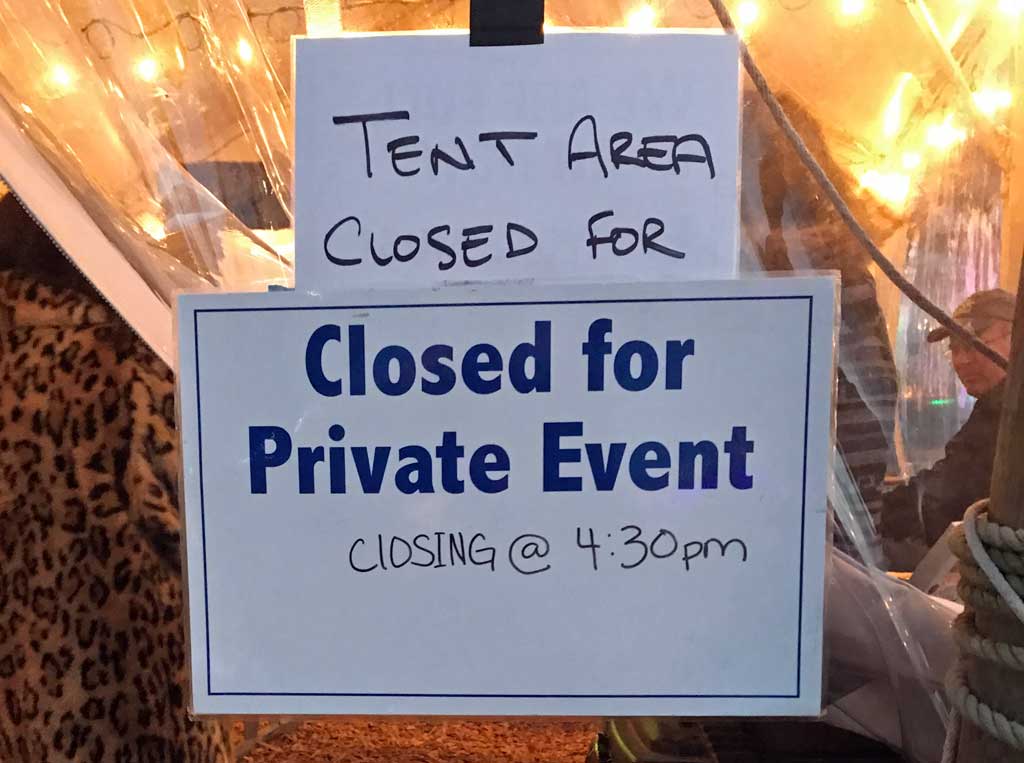